The Importance of Basics 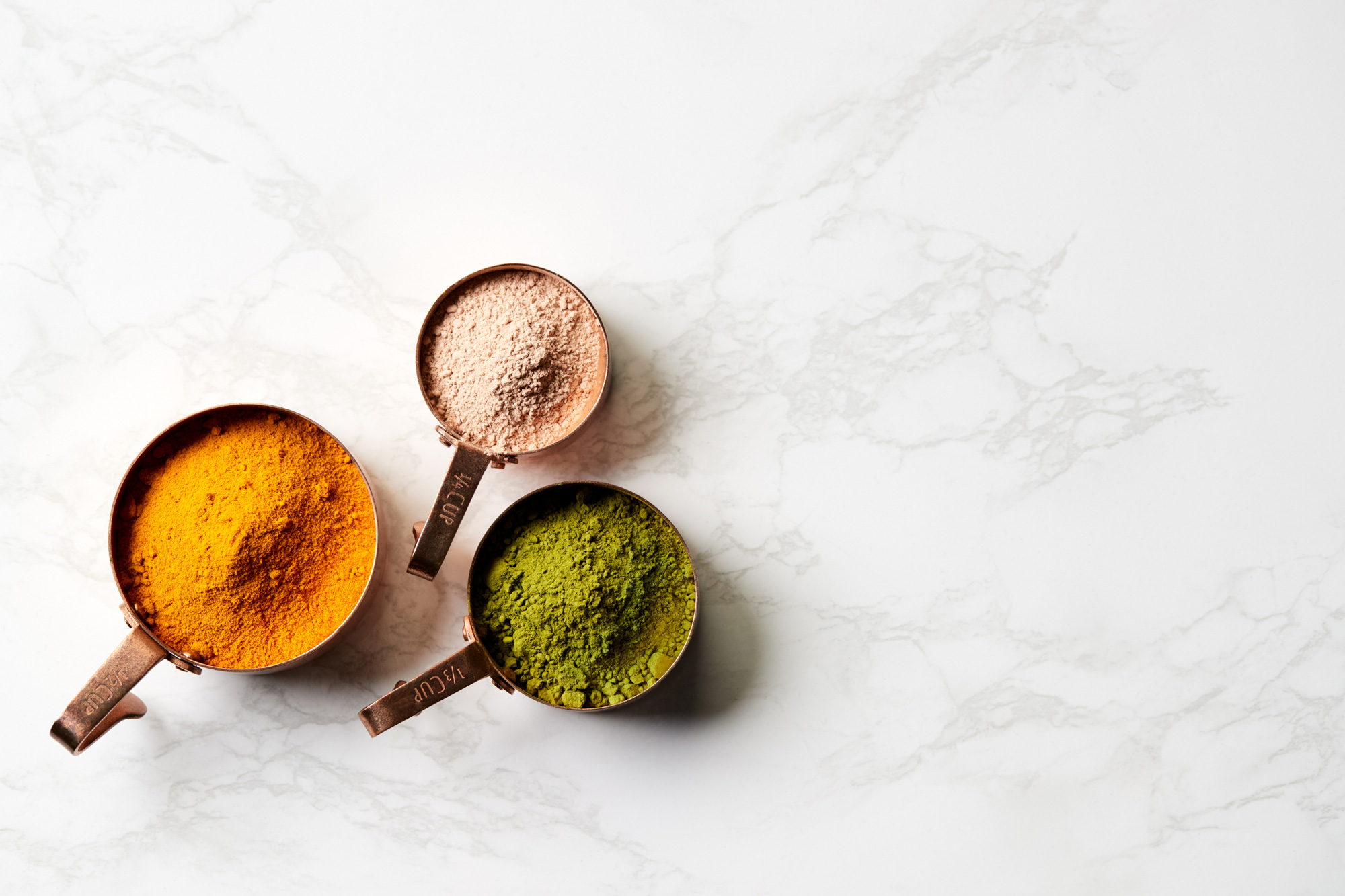 Whether you’re a kitchen novice or play Chopped at home with random ingredients from your pantry, there are quite a few cooking terms and measurements that might leave you stumped.

How many teaspoons in a tablespoon? Are bake and roast the same thing? And, how exactly do you fold in the cheese?

By learning the basics, you’ll have a better understanding of a recipe’s instructions, be able to prep more efficiently and create a show-stopping dish that turns out just as the recipe intended. Most importantly, it will taste amazing!

Everything In Its Place

Before cooking, it’s always a good idea to follow the French method of mise en place (MEEZ ahn plahs). This means prepping everything. Chop vegetables, measure out spices, prepare pans, and grease the casserole dish. You want all ingredients, tools and equipment ready to go.

There are so many benefits of taking the time to do this. Here are just a few:

As you get everything ready, you may run across a few terms that may or may not be familiar to you. Here’s a quick breakdown:

You may also need to combine or apply other techniques during prep such as dredging which requires lightly coating fish, chicken or other food items with flour, bread crumbs, cornmeal or another dry ingredient. If you need to whisk things together, grab a whisk or fork and beat your ingredients until combined.

And to fold in an item, you’ll combine light ingredients, such as whipped cream or beaten egg whites, with a heavier mixture, using an over-and-under motion. Scoop from the bottom and fold over to the top until you have a unified concoction.

If you’re doubling or cutting a recipe in half, measurements can make practicing mise en place tricky. And frankly, math is hard. To clear things up for you, we’ve provided the charts below for easy conversions whether you’re cooking or baking. 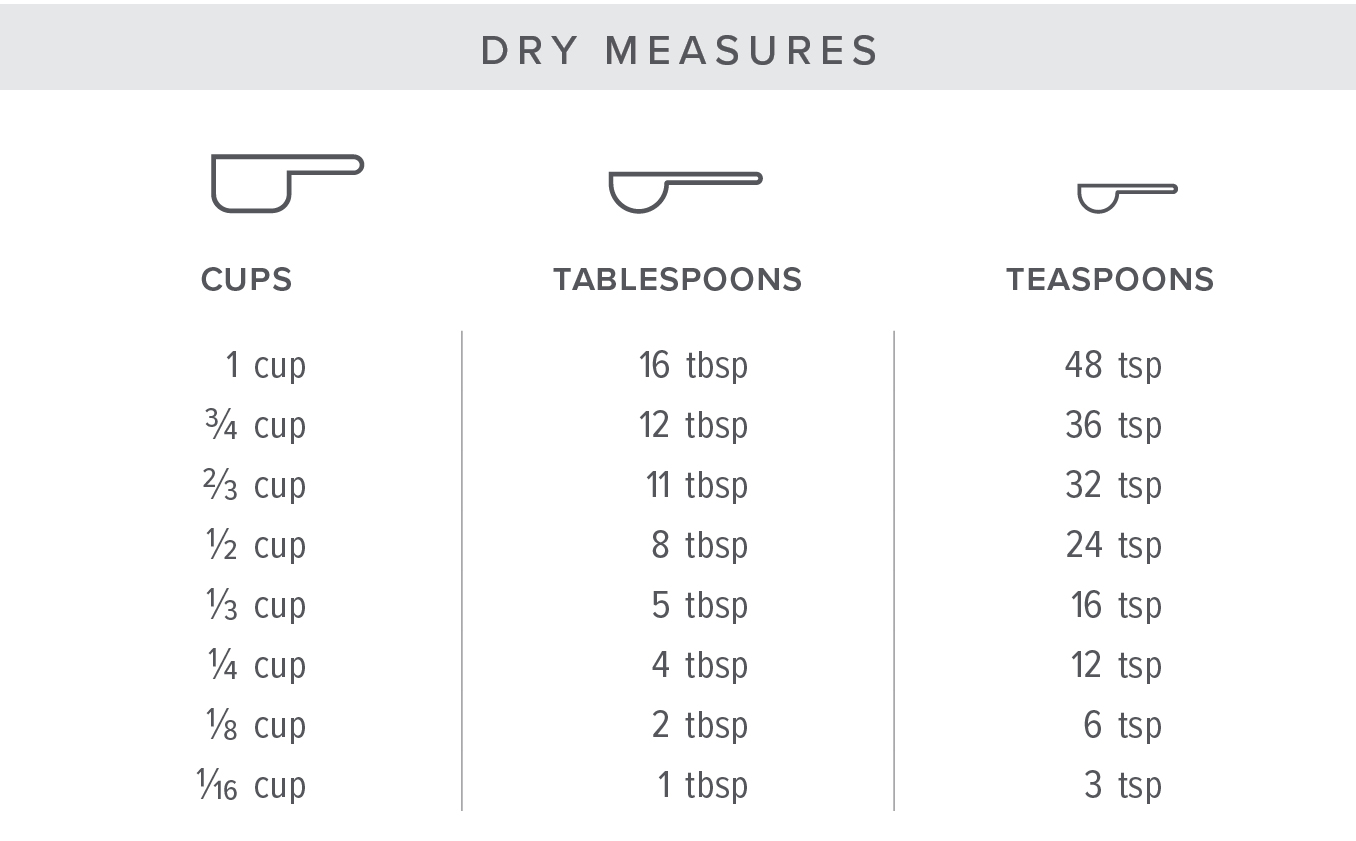 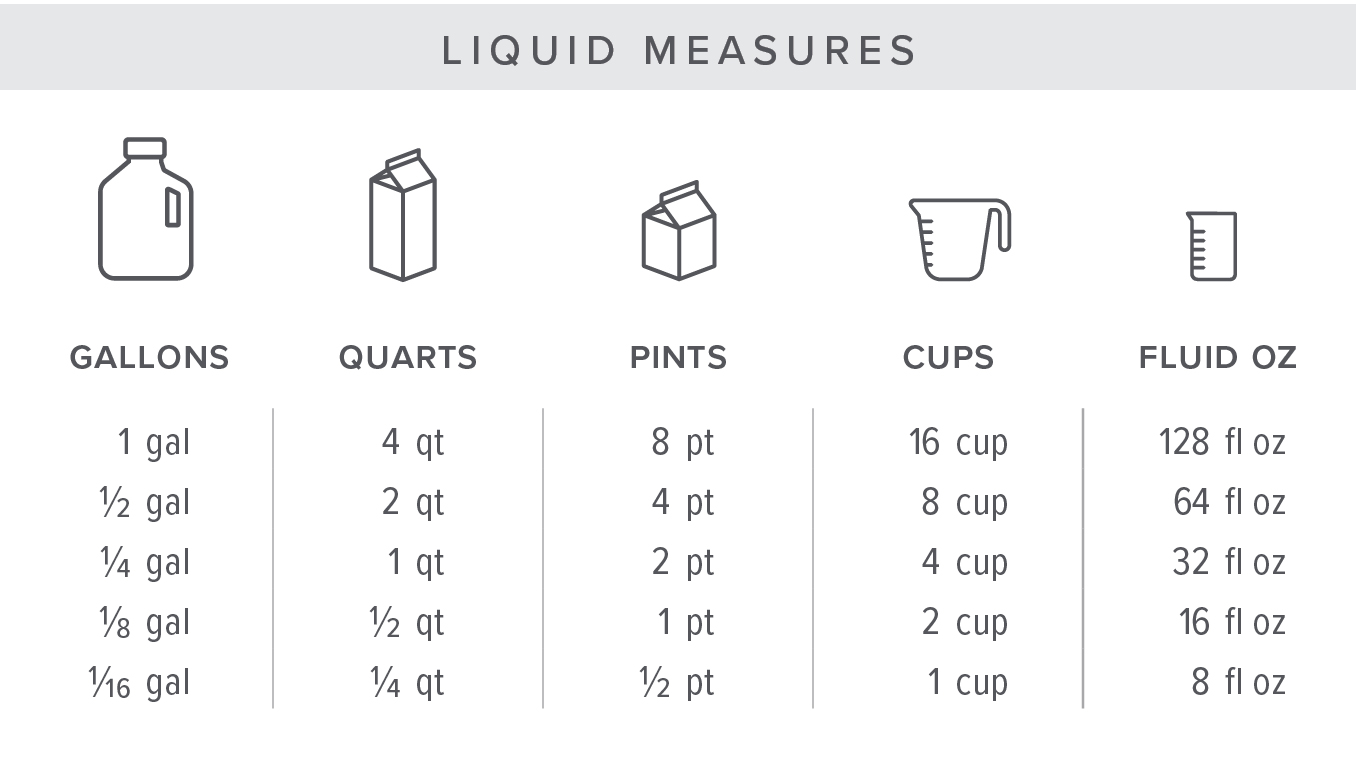 A few pro-tips for measurements. If a recipe calls for a dash, that’s about 1/8 teaspoon. The smaller “pinch” is 1/16 teaspoon. That should give you a good jumping-off point for adjusting recipes. If it says season to taste, there’s no measurement involved, so start light and add as needed. This typically comes up with salt, pepper, hot spices and acids like lemon or lime.

Now that you’ve chopped, measured and have everything ready to roll, it’s time to turn up the heat and bring it all together. And there are quite a few methods of cooking. Let’s take a look at those to provide a little clarity:

That about covers it. So, find that recipe you’ve always been wanting to try out and put these measurements and techniques to work. Bon appétit!